Whiteblock is pleased to announce a joint grant award from the Ethereum Foundation and ConsenSys to refine the Ethereum 2.0 networking stack. Funding will enable our continued research and development related to the specification and optimization of the network stack, including the future launch of a functional multi-client test network for public demonstration and participation.

Throughout the past year, the Whiteblock team has worked on several Ethereum 2.0 related projects. These include:

“Whiteblock is funded to continue Eth2.0 network testing and testnet/interoperability support. Whiteblock will analyze the libp2p gossipsub implementation, continue to work with implementors to help refine the networking stack and specification, and advance interoperability efforts.”

Ethereum 2.0 is a large-scale multi-year project that will provide significant improvements to users of the protocol, including scalability and increased security. An undertaking of this scale should be given appropriately thorough attention; this includes both in specification and implementation.

To ensure transparency and objective integrity, these testing and research initiatives will be conducted in collaboration with the Ethereum community. All tooling and utilities will be provided as open source software, allowing anyone to reproduce the testing environment and validate the resulting data, which will also be made publicly available.

The grant will allow Whiteblock to dedicate a team of five engineers, developers, and a project manager in delivering the outstanding service and quality of engineering for which our team is known. We’re excited to continue the work soon, with the first milestone in September with the Interop Lockin in Ontario, continuing into the fall for public multi-client testnets. The next three months will hopefully prove to be a productive experience for each involved entity.

“We’re excited to work more closely with Whiteblock to aid in driving Phase 0 toward production.”

“Whiteblock is also excited to work more closely with Ethereum to aid in driving Phase 0 toward production.” 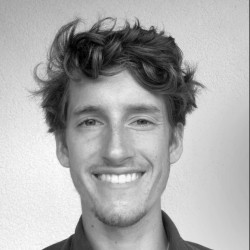